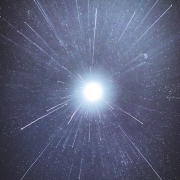 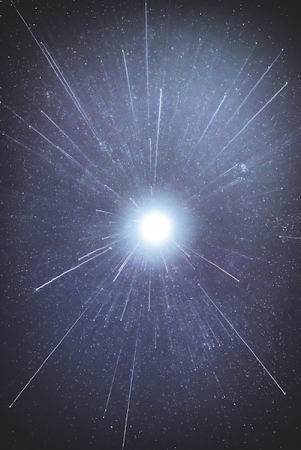 Just out of seminary, I was a little apprehensive about stepping into my call as solo pastor. To be perfectly honest, I was terrified. My biggest fear centered on my ability (or lack thereof!) to preach every week. I tend to be a decent writer, and I did well with my preaching in seminary, but the writing process had always been a painful one for me. My tendencies toward perpetual procrastination and perfectionism would collide to form a mental block whenever I sat down at the computer. I felt an obligation to write THE sermon: biblically grounded, solid scholarship, humorous, interesting for all age groups, practical, and, of course, awe-inspiring. This was the Word of God after all–not to be taken lightly!

Three months into my ministry I was still fighting this weekly battle. Saturday nights were torture. Sunday mornings were anxious. Sunday afternoons were naptime. Perhaps it was no coincidence that everything changed on Epiphany.

After lunch on January 6, 2003, I drove my husband, Shon, to the emergency room. It was nothing urgent, but we both knew something was not “right.” Between Christmas and Epiphany, Shon had experienced five episodes of sudden, momentary paralysis on the right side of his body. None of them lasted for more than ten or fifteen seconds. In fact, they were so quick; we wrote them off as a pinched nerve or something from his old high school football injuries. But then he lost control of his right side while driving home from work one day. Thus, on Epiphany, I insisted we find the source of the problem.

We knew it wasn’t a good sign when they took Shon ahead of the kid with the broken arm. After a round of tests and several hours of waiting, an exhausted doctor pulled back the curtain. He did not look up from the chart, but we could tell he was at the end of a very long shift and this was a visit he was not going to enjoy. “There’s something on the left side of your brain,” he said abruptly. Shon and I looked at one another to make sure we heard him correctly. It was definitely more than a pinched nerve.

More detailed diagnostics revealed “the thing” was a lemon-sized tumor sitting on Shon’s left motor cortex. In two days’ time, he underwent brain surgery to remove the tumor. Just six days after we had entered the ER, Shon walked out with his faculties intact, albeit a little lighter in the head. The diagnosis was oligoastrocytoma, a primary brain tumor, grade 2. What followed was a flurry of doctors’ appointments, non-stop tests and frequent seizures.

As we understood it, this was a slow-growing tumor that would likely come back, but not for some years to come. In the two years that followed, we were able to get the seizures under control and our lives settled into a somewhat normal routine. Shon would never be able to go back to work because of the seizures, but found enough to keep him busy at home and at church. He recovered so well that I only had to take a couple of Sundays off immediately after the surgery. Otherwise, I was back to work as usual, kind of.

It felt as if my foundation had been violently shaken but the building was still standing. I was trying to carry on in my ministry as if nothing had changed, and yet everything was different. The change really became apparent when my mom died unexpectedly of breast cancer just a few short months after Shon’s surgery. Suddenly, life took on a whole new sense of urgency. I dreaded Saturday nights, not just because of the sermon writing, but because dwelling so deeply in the Word kicked up so many painful memories and emotions, especially when the lectionary kept giving me barren women.

At this point in our lives, Shon and I were just past thirty and had been married for almost ten years. We had known each other for sixteen years, since our senior year in high school. Our dream had always been to have a family, but years of trying to conceive had left us frustrated and without a child. I was now one of those barren women, but unlike Hannah and the others, God did not open my womb.

God did answer our prayer for a child, however. On March 7, 2005, we met our twelve-month old daughter, Nellie Sue KangGuo, for the first time in her home province of Shaanxi, China. Her Easter homecoming was tarnished by the discovery that Shon’s cancer had recurred, this time in a more aggressive form, anaplastic, grade 3. Just as Nellie began walking in June, Shon underwent a second, more complicated surgery. This time they were only able to resect ninety percent of the tumor, leaving a chunk that would have to be tackled with chemotherapy and radiation.

There was no chance of returning to life as usual now, and I am forever grateful that my session realized this before I did. The elders immediately approved twelve weeks of paid family leave time, in addition to the eight weeks of maternity leave I had just completed. In addition, they worked with the presbytery to commission as a lay pastor one of our elders who had previously gone through the training. She would assist with the visiting, fill the pulpit and perform sacraments when I needed to be with my family.

The deacons set up a babysitting schedule for when I would have to be at the hospital with Shon, sometimes overnight, and they made sure our fridge was full of food. We had a long list of willing volunteers to drive Shon “across the river” to his many appointments in St. Louis. We were unceasingly surrounded with prayer, which sustains us to this day.

Surgery, radiation, and chemotherapy were incredibly difficult, and made even worse by side effects and complications. I remember going to see Mel Gibson’s movie, The Passion, during this time and weeping in the dark theater as they tortured Jesus because it felt so much like the torture that was going on inside my own husband’s body. He lost his hair and around 140 pounds in the span of eight months. As he lost, I gained, going up three dress sizes before all was said and done. Nellie, now an active toddler, would often become scared of her daddy because he shook so badly and did not have the strength to pick her up. She would rub his back as he heaved into the toilet and always associated Daddy with naps.

Shon and Nellie needed me so much during this time. The surgery had gone deeper into his motor cortex this time, so the recovery was much slower and more work. Shon learned how to hold a crayon again as Nellie was learning for the first time. They both had to train their hands how to use a fork. I constantly felt torn between spending enough time at work and at home. Shon’s family was a huge help, taking turns staying with us to help at home so I could be free to work. This was its own challenge, however, as we never seemed to have time together, just the three of us.

Pastoral care took its toll on me. It was hard to hear stories of others’ personal tragedies as I was living my own at home. Even so, I found myself relating and listening to others on a deeper level because of what I was experiencing. A weekly clergy support group I had been a part of for some time became my refuge. There I could vent my frustrations and sorrows to colleagues instead of unloading them on Shon or my parishioners.

“I am completely at your mercy, God,” I prayed

In the midst of the chaos our life had become, my preaching came to a crisis point. One particularly hard week we had all come down with the flu. Saturday came, and again my sermon was not done, in fact this week I had not even written a word by the time 10 p.m. rolled around. I felt miserable, Shon was throwing up non-stop, and I was trying to care for a sick baby who would not go to sleep. The passage the lectionary gave to me was about joy. Joy? Give me a break, God! Seven a.m. Sunday morning arrived, and I had no sleep and no sermon. “I am completely at your mercy, God,” I prayed, “You know I’m unprepared and completely unworthy to stand before your people and preach. And yet, if it’s your will, I’ll do it.”

A kind of numb feeling came over me as I went through my Sunday routine. I felt strangely naked walking forward down the aisle toward the table with the liturgist–no manuscript, no notes, not even a pre-written prayer. Never in my life have I felt such a sense of calm as I did that morning standing in front of the congregation. I believe God’s Spirit was with me giving me the courage to stand, giving me the words to say, releasing me from the bondage of my full-length manuscript to come from behind the pulpit to engage the people in creating the sermon with me.

And that is just what happened: we created the sermon together, as a conversation. I do not know that the sermon that day would have won any homiletics awards or that it met my standards for scholarship, humor or awe. I do believe, though, that it was inspired, that it was God’s Word for the people in that place and time, and that it was what I needed in that moment.

Much has happened since that time: Shon has gotten much stronger and is two years cancer-free, Nellie started pre-school, and we successfully adopted a second daughter, Audrey Elaine, who is just about to turn one year old. I no longer preach with a manuscript. Granted, I go in a lot more prepared than I was that first time!

Our life has settled into a routine of church, work, school and play. Every four months we wring our hands as we wait for the results of the latest MRI. Every day, my children remind me that there is life, even in the barren places. Every day, my husband reminds me that there is reason to hope, even when doctors disagree. Joy comes to me every morning when I am reminded that the Lord has given us one more day together.

Are you curious how Michelle worked with her congregation to negotiate a situation that worked for everyone during this difficult time? Want to hear more from her about the “divine details” of this arrangement? Watch Fidelia for her follow-up article at the beginning of September in the “Divine Details” column.

Michelle Parsons serves as the pastor of Westminster Presbyterian Church in Belleville, Illinois.

The View from Your Ministry
Scroll to top