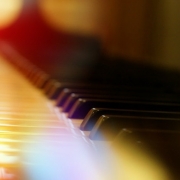 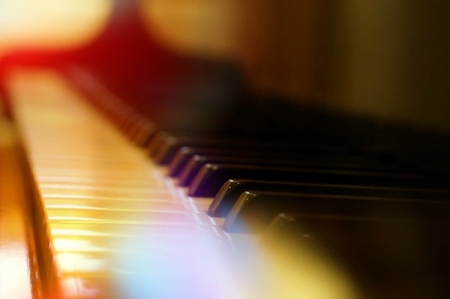 Since becoming a minister, one of my Christmas traditions has been to drag my sister Beth with me on my hospital rounds. My sister is a trained opera singer whose voice makes people weep with both release and joy. When I first began in ministry I heard folks stuck in a hospital setting say that music was one of the things they missed most about being home for Christmas. Luckily for me, my sister is willing to be carted around from place to place, offering of herself and her voice. I think she comes in part because she’s just that good of a sister, in part because she wants to get away from the craziness that is our family in my small house at Christmas, and in part because she takes kindness on these strangers and would do anything to keep them from having to hear my voice attempt even the most basic of carols.

A few years ago I was particularly grateful for my sister’s various talents. She sang for our church service, she glued animal addresses together, she helped lead the kids in our children’s Christmas Eve service, and of course she came with me to the hospital to sing.

When we go visit at a nursing home or a smaller facility, Beth will come with me to the room of whomever we are visiting and offer a few carols there. We’ve tried that at the hospital but for some reason her overpowering soprano is not as welcome in the halls as it is in an assisted living center. We’ve had nurses shut the door on her beautiful notes of “O Holy Night” more than once.

Thus when a trek to the hospital happens, Beth sits down at a piano in the lobby. This lobby is actually an atrium with balconies from every floor opening onto and looking down at the gathering space. So when Beth sat down to play songs from my church’s hymnal, her voice could be heard (softly) down the halls of each floor.

This Christmas Eve I had only one visit to make. A woman from my congregation was siting vigil at her husband’s side as he died. He had slipped into a coma a few days before and it was only a matter of time. We talked, we prayed, we cried, and then we came out to the balcony area to listen to some carols. I asked my parishioner if she had a hymn she’d most like to hear and she replied “Still, Still, Still.” It was a song her daughters had sung years before and held great meaning for her. As her husband lay dying just down the hall, she both cried and smiled when Beth took our request and sang, first in English, then in German.

This would be a beautiful story about the power of music if it ended there. But it doesn’t. Others had gathered around the balconies looking over the atrium, listening to my sister sing. This isn’t at all unusual; people usually stop what they’re doing to listen when she sings. The audience shouting down requests, however, was a newer addition. Perhaps thinking that this was an official program of the hospital and drawing from our example, others offered carol requests to my sister. “Silent Night,” “O Little Town of Bethlehem,” “Joy to the World:” all Beth could and did play flawlessly.

Then one woman asked Beth to play “Ave Maria.” Now, the hymnal Beth was using is Presbyterian and Ave Maria—for all its beauty—isn’t in there. I also happen to know that my sister has only sung that song at funerals and can’t just whip it out like she can other pieces. Beth tried to explain that she didn’t have the music for the song but the woman persisted. “Please, just one verse.” So my sister stood up from the piano and began to sing. The woman’s face lit up immediately. Beth only sang one verse but that one verse visibly made that woman’s day. Her thanks at the end was heartfelt and emotion laden. Seeing the reaction to my little sister’s gift brought tears to my own eyes.

Later when we were in the car driving back to church from our hospital visit, Beth confessed something to me. “You really made that woman’s day,” I commented to her. “I hope you noticed that.” My sister smiled at me and replied “I only knew so much of the song: Ave Maria, gratia plena. Then I made up the rest of the Latin.”

It took me a moment to process her words and then I started to crack up with laughter. I—who had taken Latin for three years—hadn’t noticed when she’d thrown in whatever Latin (or Latin sounding word) she knew in the song in order to complete the verse. My sister got really creative on the spot and made it work.

As I was marveling at her creativity, she said something that made perfect sense. “That woman just wanted the sound of the song. She didn’t care about the words. She just wanted what it made her feel.”

How true. The woman who requested the song wanted the memory of the notes, not the words. She requested the song not so much because those Latin words held great meaning for her but because of the memories and feelings the sound of a voice lifting those notes high could invoke. In a moment of clarity and creativity, my sister knew what this woman truly wanted and offered it to her.

This moment in the hospital has traveled with me over the past several years. When I keep thinking I need to get a liturgical piece “right” or the perfect word inserted into a sermon or a prayer art instillation just so, I remember this moment. I remember that my sister knew that while form certainly is important (I know she’d never audition without knowing the words to her songs) we can’t be bound to it. We can’t allow the desire to be perfect in our creative endeavors stop us from finishing or sharing them. Sometimes we need to just make up the Latin.

Rev. Amy Summers-Minette serves as one of the pastors at Covenant Presbyterian Church in Staunton, Virginia.