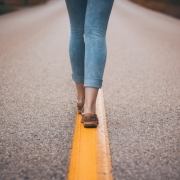 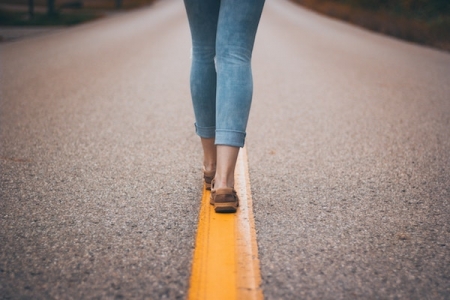 Ministers are often the recipients of odd and not entirely appropriate comments, so most of us get used to putting on our unfazed faces and playing along. However, there are limits. I have to admit that my professional poise slipped a bit when a leering photographer at a wedding I was officiating leaned over and whispered that I had “great legs for a minister.” Aside from being unsure whether that was really a compliment, I felt speechlessly awkward, as though both my person and my vocation had been somehow violated. In another kind of workplace, this would have been considered sexual harassment; for a minister, the recourse is not so clear. When so much of our ministry depends on hospitality and graciousness, when and how do we draw the line?

Despite having encountered a variety of bizarre advances while performing my ministerial duties, I still have no idea of the best way to respond to them (I occasionally offer people the opportunity to rewind and begin again, but not everyone finds that as amusing as I do). The most frustrating thing about it for me is my sense of helplessness in those situations – the feeling that I can’t defend myself without compromising something else about my ministerial identity.

When I was a bartender, there was no question in my mind about whether or how I could let people know when they’d overstepped the boundary. Likewise, when I’m just a woman out in the world, I don’t hesitate to be direct in fending off unwanted advances. Get me in my preaching suit and put me in front of a congregation, however, and suddenly I feel like I have to just suck it up and take it. As a result, I deeply resent comments that would just make me roll my eyes and toss off a snappy comeback in any other context.

Now, I realize that married clergywomen also deal with unwanted advances, but it’s different when you’re single. “I’m married” draws a firmer line and sounds less snippy than, “Thanks, but that was an inappropriate remark.” Most of the people who say these sorts of things don’t actually intend to be lecherous. They think they’re being nice. They think we ought to be flattered. They think that because we’re single, we have no reason not to be flattered. Singleness makes us likelier targets and reduces our defenses. Lucky us.

In groups of female clergy, we often talk about embodiment in ministry. Because women were kept out of ordained ministry for so long, simply being female can bring the physicality to the forefront of our pastoral presence. The sacred and the physical mingle more explicitly in us. I would call that a positive thing, except that the church is not always adept at dealing with matters of the body, especially the female body.

We seem to forget that God’s physical incarnation is at the center of Christian faith. We can barely bring ourselves to talk about sex or sexuality, except to make lists of what is not acceptable. Our society as a whole, on the other hand, can hardly stop talking about sex, and seems obsessed with crossing every sexual boundary. Secular culture expects women to be sexual objects, while church culture is most comfortable when we are as asexual as possible. Is it any wonder that people get confused about how to deal appropriately with their attraction?

In the wider picture, I wonder if the question of how to react to inappropriate advances isn’t really about the individual advances in themselves, but rather about the dysfunctional way the world and the church deal with sexuality. The question is bigger than, “What do I say when my parishioners hit on me?”  It delves into the deeper issue of how we construct and live into a sexual ethic that is honors the holiness in our God-imaged bodies, and is integrated into the whole of our lives. It involves the ability to receive an inappropriate comment with compassion for the humanity and intent of the person giving it, and also to balance that with respect for ourselves and awareness of others who may have to deal with the person’s inappropriateness later. We are called to be loving and gracious, but that doesn’t necessarily mean we’re called to just let it pass.

This is not simple ground to tread. There is no owner’s manual or list of dos and don’ts, which is all the more reason we need to be proactive about developing a sexual ethic and passing it on to those in our care. Female clergy often get thrust into this territory against our will, but maybe that just means we get to be the ones to do the landscaping.

The Rev. Stacey Midge serves as the Minister for Mission, Outreach, and Youth at First Reformed Church of Schenectady, New York.

Whose Hair Is It, Anyway?

One Wedding… and a Funeral?
Scroll to top