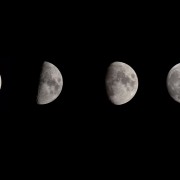 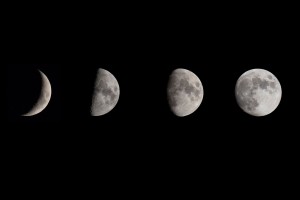 I was 25 when I graduated from seminary and was ordained. My first position was as a chaplain at a small college, where I was routinely mistaken for a student. To me, the four years between my own undergraduate studies and my chaplaincy work represented an enormous gap in both age and experience. But to the students, staff, and faculty around me, the difference was invisible. It rankled when students hit on me, and even more when faculty dismissed me. Realistically, I realize now, the age difference between the students and me was practically non-existent; one of the students in the introductory theology course I taught was older than I was.

During the first several years of my full-time ministry, it seemed like someone was always telling me I was young. Someone was always commenting on my appearance. Someone was always trying to get me partnered. After that temporary chaplaincy position, I took a call to a congregation in a rural community. Members there offered to set me up with sons, grandsons, nephews, cousins, co-workers, and distant acquaintances. They watched my driveway for cars that weren’t mine, I suspect wishing they’d see one more often. I once went on an accidental date with a 70-year-old, but that’s an article all its own.

At the very time when I was trying the hardest to find and claim my identity as a minister, to be dignified and respectable, I was also at the age at which women are often expected to be frivolous. Appearing authoritative was absolutely critical to my vision of what I needed to be as a minister. As a result, every offhand remark about my age, gender, appearance, or love life felt like an ax chopping away at the professional persona I was so carefully constructing.

Youth is, as they say, fleeting, and somewhere around 35, I suddenly realized that my life as a single, female minister was completely different than it had been a decade earlier. Some of the changes just had to do with gaining experience. I’ve grown into my identity and become more person than persona. I’m less concerned about appearing authoritative because I’m more comfortable with holding authority.

Other differences are related to people’s perceptions of me. I’m no more or less frivolous than I was then, but I’m now met with the expectation of substance and competence. People comment less often every year about my age and appearance. Cynicism tells me that’s because they think it’s a compliment when you’re young and pretty, but not so much when you’re aging and overweight, but I appreciate the decrease in remarks anyway.

Women in our culture seem obsessed with resisting age, but ministry has cushioned the fall of years for me. It’s just so much easier to do this job when you don’t have to fight through the initial assumption that you won’t be experienced enough to do it. People no longer ask for my credentials when I officiate a wedding or a funeral. They used to question whether I, as a single person, would really understand how to work with a couple in premarital counseling. I’m still single, but now it doesn’t appear to be a problem. For now, every year buys me an astounding increase in credibility (check back in a couple more decades, when no one wants to call me because I’m “too old”).

Even though I found it onerous, I completely underestimated the effect my age had on how people treated me. To those of you who are there now, I’m sorry. It gets better. Unfortunately, you have to sacrifice youth for respect.

Still, singleness is trickier than youth, I think. It has been years since a congregant tried to fix me up, for which I am grateful—until I wonder, is that because this is a different congregation, less involved in its pastors’ personal lives? Or because the pool of eligible partners is smaller? Or because they’ve just given up hope? (That way lies danger!) Dating has become both harder and easier as I’ve aged out of the broadly appealing 20’s but have also grown in awareness and security about who I am.

As a single adult, participation in the church becomes more difficult as activities for your age group become almost exclusively activities for Married People With Children. Even as the pastor, I sometimes feel like I don’t quite fit anywhere in the existing church structure. And then there is the loneliness, which often comes up in conversations with single ministers. Loneliness is real and heavy.

I have discovered, though, that this difference, this not-fitting, is exactly the gift that we who are single and childless bring to the church. As we minister within a culture that is rapidly changing its assumptions about relationships and family, we are people who are also walking a non-traditional path. As such, we can model ways of seeking community outside of the nuclear family. After all, loneliness is also shared by people who have partners and children; they’re just not as free to express it.

So perhaps this is a way that we can lead the church in vulnerability, voicing pain and longing in healthy ways that free others to do so as well, regardless of their marital or offspring status. We can be bridges for the many people around us who are also trying to find a place within the church despite not fitting into the expected mold. That is something I would never have imagined myself having the ability to do at 25, but it is a gift I can bring to the church now, earned over years of being the single Rev.

Stacey Midge is ordained in the Reformed Church in America and serves as Associate Minister at the First Reformed Church of Schenectady, New York. She was an early editor of the Single Rev's Guide to Life column, and is still going strong, thanks to support from great friends and colleagues, and her ridiculous but lovable dog, Laila.