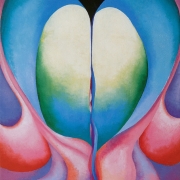 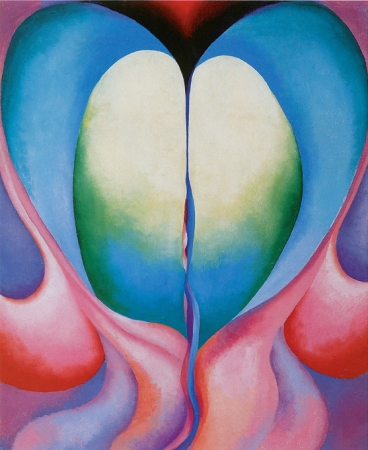 I always thought I would be an artist. When I dreamed of who I would be when I grew up, it was always with a set of paints. It was always in some smock and a beret. Yes, it really was that cliché.

And so, I painted. I drew. I sketched. I took every art class my high school offered until I reached the very last class in Advanced Placement Studio Art. In this year-long class, I was challenged for the very first time to make a statement. After all, artists are supposed to have something to say. Artists are the ones that muse about the world. They express those musings in bold color and shape. They say something for which the non-artists struggle to find words.

I didn’t know how to do this. I had the skill to make a still life look almost life-like. I had the ability to blend colors to evoke the feeling of that apple. I had enough talent to be in that room with the other would-be artists. And yet, when it came time to create that portfolio that would ultimately determine my grade, I didn’t know what was unique about my artistic voice. And it had to be. That was one of the requirements. We had to have something to say.

I vividly remember sitting on that stool in the back of my art school art room staring at a set of pastels. I wasn’t making art. I was eating a clementine until I noticed how interesting it was. I noticed other colors in the obvious shades of orange. I picked up the pastels and started to draw. Thus, my portfolio was born. It didn’t say a darn thing. I was just looking really closely at the natural world. I was trying to understand it as much as I was trying to understand myself. I didn’t know that then. Then, it was just fruit and vegetables. Lots of them.

On the day of my high school graduation, my parents encouraged me to display this art around the living room. I had already received my grade and felt a little crushed. My beret-adorned dreams were dampened. The truth had been told. I didn’t have a unique voice. Still, in a family of artists, it’s important to show your work even if it’s terrible. So there it was for all to see.

I managed to ignore the ogling at my art until my aunt called me over. She pointed directly at the clementine. She told me it was a vagina. I was mortified. Was that what the AP Boards had seen? Had they concluded that I was some sex-starved adolescent with nothing but her own anatomy on her mind? Of course, my aunt went on to point out the vaginas in each piece. There were vaginas everywhere. With each exclamation she made, I sank deeper and deeper into shame.

That was what I felt. I felt complete and total shame. I felt ashamed of my body. I felt ashamed of the creative forces within me that had lamely found inspiration in fruit. I even felt ashamed of my own vagina. It felt as though it was showing. It had been seen in these artistic works I had created – so that now I had to cover them up. They had to be hidden because apparently my vagina was everywhere.

Now, I hope that’s true. I have no beret or smock. I still try to make art but I don’t identify as an artist. It’s become a hobby. It’s something I do in my own time. It is something that is indeed hidden, but conversely, I hope my vagina shows. I hope that I bring all those colors I saw in a clementine in high school into every task I do in ministry.

I hope my vagina can be seen in the pulpit. I hope it sways down the aisle with me in my robes. I hope that my vagina is prominently sitting in each committee meeting because I don’t want to hide it anymore. I’m not shy about it. I’m not going to streak through the sanctuary, but instead I want this beautiful creation to be seen. I want there to be vaginas everywhere because I truly believe that this is what makes me a good minister. I show my vagina.

I have needed lots of encouragement along the way. I wouldn’t let her show to anyone at first. At first, it was subtle. I wasn’t so sure she should be showing until I saw amazing women show their beauty. I saw them be vulnerable. I saw them resist. I saw them lead. And then, I started to see them everywhere. My aunt was right. There are vaginas everywhere in ministry. And so, I let mine start to show. I’m not the scared artist I once was. I’ve become a preacher and teacher with lots to say – and I say it all with my vagina. It’s the only way I know how.

Rev. Elsa Peters is an ordained minister in the United Church of Christ.

A Vibrating Friendship Whose kids ARE these??
Scroll to top