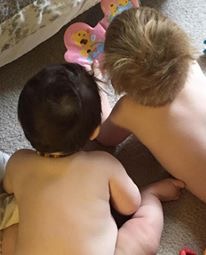 The author’s sons, Isaac and Micah

A Prayer for My Sons:

Stephanie Sorge is a graduate of Kenyon College and Louisville Presbyterian Theological Seminary. She is immensely grateful for the village helping to raise her two young sons, Isaac and Micah, including Trinity Presbyterian Church in Harrisonburg, VA, where Stephanie is Pastor. She has also served churches in Kentucky and North Carolina.

The Bricks and Mortar of Family

The Stranger to You Shall be as the Native: A Rabbi’s Reflection on the TYCWP...
Scroll to top