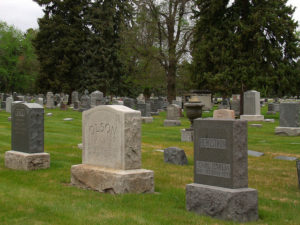 “Can you ask them if they’re okay with a woman?”

It was late morning on the Friday after Christmas.  It was one of what feels like only a small handful of days each year when I didn’t have anything really pressing on my to-do list, so I came into the church that morning determined to clean my office.  My time that day felt like a gift – it wasn’t claimed already by someone else, and so I pulled up some music and set about making my space feel, once again, like my own, which almost never takes priority for me.  It had occurred to me, as I walked in, that these are the kinds of days when disasters usually strike, but I dismissed that thought as quickly as it had arrived.

So when the call came in from the city office, it took me a minute to wrap my mind around what the woman on the other end was asking.  Someone needed a pastor, and they needed a funeral in less than two hours.  Wait, what?  Who buries the dead that quickly?  Or if it wasn’t so quick, why hadn’t they called yesterday, or the day before?  Oh, I see, their priest is suddenly unavailable, okay.  And they don’t speak much English.  And you say they’re African immigrants?  They attend the Orthodox Church.  Okay.  It’s for a 6-week-old baby?  Good God.  And just the burial.  Right, just some prayers.  Christian prayers.  They just need a Christian minister; any Christian minister.  Got it.  Okay.

I’m a Christian minister.  A Lutheran one, to be precise.  My church is the first one the city employee had called, and of course I said I was available.  To bury a baby on a moment’s notice for a grieving family on the worst day of their lives?  Can there be more holy work than this?

After I had taken down the few bits and pieces of information the city employee had about the family, I was about to hang up, when I remembered one last thing:

“Can you call the family back first?” I asked the city employee.  “Can you ask them if they’re okay with a woman?”

She scoffed.  I appreciated the guttural expression of support, and I knew what she meant – that this family was desperate for someone to meet this need, and I was both trained and willing to meet it – but still.  “It’s the worst day of their lives,” I said.  “I don’t know anything about their culture, and not enough about their religious beliefs.  Can you just call and make sure?”

She called back within three minutes, her voice sheepish and apologetic.  “You were right to ask,” she said.  “They said that they would much prefer a man.”

We were both quiet for a minute, but not for too long, because there wasn’t time.  “I’ll make some phone calls,” I said.  “I’ll find someone.  I’ll call you back.”

To their credit, many of the male clergy in the area had the day off, my own colleague included.  Some of them were on vacation out of state.  But more of them than I had ever imagined were simply too busy, or really couldn’t be bothered.  To be clear, I wasn’t asking them to sit down with the family and plan a funeral, which requires several hours of meeting and planning and preparation, plus the service itself.  I was asking them to meet a family in a cemetery five or ten minutes away, and to say a few prayers as their 6-week-old baby was being put into the ground.  The whole thing would’ve taken less than an hour.  I had already been on the phone for longer.

Finally – finally! – someone agreed.  I didn’t have to convince him; I didn’t have to shake him by the shoulders and say, “This is your job, damnit.  This work is your calling!”  I just had to ask.  I had to ask, and I had to explain why I was available but not able to serve in this way, and he did exactly what I would’ve done: he wrote down every detail of information that I had, and he gathered his prayers in his books and in his heart and then he left to go meet and minister to an African immigrant family on the worst day of their lives.

I don’t regret my question, asking the city employee to call and ask the family if they were okay with a woman.  My job as a pastor is often about changing hearts and minds, but not always, and almost never on the worst days of people’s lives.  That family was out of their element in more ways than I can even begin to comprehend.  The last thing they needed was for their pinch-hitting minister to make them even more uncomfortable than they already were.

If anything, that one hour or so on the Friday after Christmas has me thinking about male clergy in new ways: about the ways in which our understanding of God and maleness are still so intertwined; about the privilege that so many of them take for granted because it’s the very air they breathe, and most of them have never known any different; about the complete lack of understanding that so many of them have regarding how the women in their profession have to navigate differently, every day.

I did good ministry that day, this I know.  So did the pastor who met that family in the cemetery.  There are so many more like him.

I just wish his colleagues wouldn’t make it so hard to remember that.

The Rev. Andrea Roske-Metcalfe is the associate pastor at Grace Lutheran Church of Apple Valley, MN, a Reconciling in Christ congregation just south of the Twin Cities. She is a graduate of Union Theological Seminary in New York City. She really ought to start a blog, and you can follow her very occasional posts on Twitter at @ARoskeMetcalfe.

If the Chasuble Fits: Reflections on the 40th Anniversary of the Ordination...