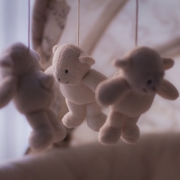 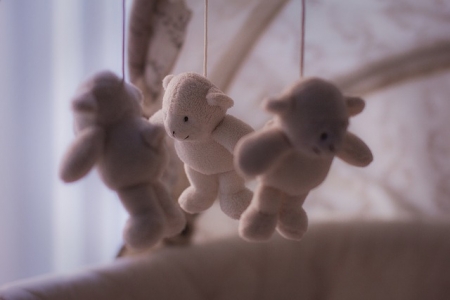 I am a pastor and am also a mother of two delightful girls. Most days I can make those two professions work together pretty well, but some days – not so much. My main coping mechanisms are coffee and humor. My main ally in this endeavor is my husband of 10 years. We are fairly relaxed parents. You know the type: We are the ones whose toddler eats right off the floor, while not wearing any socks. We are the ones whose six-year-old is wearing a pink paisley shirt, with a turquoise butterfly pattern skirt, pink polka dot socks and fancy fake high heels (‘high’ shoes is what we call them around here), despite the Wisconsin winter temperatures dipping into the low double digits.

This relaxed attitude about parenting has made my balancing act of life a little easier. I think this attitude started when my first born began attending school with me. I was a full-time student three and a half years into a four year MDiv program when Meg was born (just in time to be baby Jesus in the Festival of Lessons and Carols). I took two weeks off completely and then finished the semester taking my exams and writing papers. Since I couldn’t imagine taking the whole next semester off, when February rolled around and classes started, I popped Meg into a sling and off we went. She slept and nursed and got passed around a lot. I often left her in one person’s arms and returned later to find she was ten sets of arms down the row.

There were things I had to let go of to make this school/parenting thing work, things like hovering over my newborn, housekeeping, New Testament (I did get around to taking it eventually), perfectly word-smithed sentences, and many hours of sleep, but I would not trade it for anything. Meg became everybody’s baby, and my husband and I loved it. We really felt like we had one huge extended family helping us raise our daughter.

Fast forward four years. Three months into my new job as the Associate Executive Presbyter of a small presbytery in Wisconsin, we found out we were expecting again. The pregnancy was not entirely unplanned, but came a little sooner than anticipated. Once you are working, in any profession, and you become pregnant, the number one question is, “What are you going to do when the baby is born?” Wise from having done this once before, I told virtually no one until I had a plan.

The plan turned out to be a combination of time off (I work in a presbytery that has a parental leave policy of a minimum of eight weeks paid leave for both men and women), easing back into the job by going part time the first month back, and by bringing my little one to work. Yep, that’s right. I moved a bassinet, a basket of toys, a bag full of supplies, and my relaxed parenting methods into my office, which doubled as a nursery.

I came back to work at the end of August, just in time to gear up for the program year. If you had come to visit me those first months you likely would have found me having phone conversations while pacing in my office with Ella slung over my shoulder. Or you might have found me madly typing e-mail while nursing. If Ella was fussy and I was in a meeting, my boss was likely to appear at the door to take her for a walk. The folks in my office were more than gracious and incredibly accommodating and were pretty forthright about saying, “It is a baby. People have babies, and the world keeps going.” I know not every work environment is so easily able to adapt to having a newborn around. And we had our moments.

My first day back at work to staff a five-hour meeting, I was running a fever of 102 and battling mastitis. There were the inevitable awkward moments of meeting someone in the hallway while transporting a diaper in need of an appropriate receptacle. Occasionally, I completely misread a situation. One that sticks out in my mind is an impromptu meeting in my office with a male colleague about ten years older than I. Ella, who had been sleeping, started to fuss. Without thinking twice, I scooped her up and started nursing only to realize a minute or two later that I had made my guest very uncomfortable. I don’t remember what I said to him, but he responded that he was trying very hard to be a man of the twenty first century and get over it. I tossed a blanket over Ella, and we kept talking but it reminded me that babies at work are not the norm. Overall, my ‘congregations’ (I have forty of them!) loved that there was a baby in our midst. I was especially moved by women who were well into their eight and ninth decades sidling up to me to whisper words of approval and encouragement (and of course to tickle Ella’s toes).

Ella quickly became the Presbytery’s baby. She, like Meg before her, has been to more meetings than most adults, has been passed from one end of a sanctuary to the other and back and feels right at home strutting around my office now when she comes to visit. I took my child to work with me for six months (until she was nearly eight months old) and the world didn’t stop spinning, the work mostly got done, and I worried a whole lot less about her than I would of if she’d been at home with Dad or Grandma or a babysitter. Yes, I don’t type quite as quickly with a nursing baby but, in my experience, breast pumps really don’t allow for much mobility at all. It is awfully difficult to tuck a motorized double breast pump under a blanket and keep have a conversation with someone.

Babies do a funny thing in public settings. They lighten the mood, they make people laugh, they make otherwise very serious people say very silly things and more often then not they provide the perfect opportunity for someone to tell you a story about their own children. I’ve learned to listen carefully, sharing laughter and a surprising number of tears. As any pastor will tell you, the relationships you create are the most important work you’ll ever do. In the end, having my little one with me allowed me to bond with her in a unique way, and it also allowed me bond with those whom I serve.

Sarah Moore-Nokes is a graduate of San Francisco Theological Seminary and is currently the Associate Executive Presbyter of Winnebago Presbytery. When she is not working you can find her playing in the garden, tending the worm bin in the basement, or knitting oddly shaped bags.

Reflections on Advent: A Way of Peace
Scroll to top