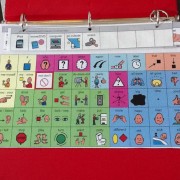 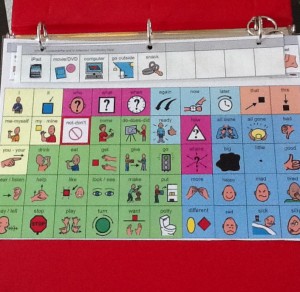 I lost it twice. I broke down crying, wondering what has happened to me and my life and how in the world I could be both a mom and a minister.  I had two weeks until the start of school, and then things would change, but this summer turned out to be harder than I thought it would be.

After a morning in which my son would not sit still, running and yelling in the house and outside of the house, I paused to make myself some lunch, because when I made his lunch he would not sit down.  Two minutes later, I discovered him naked from the waist down, running around and covered in dirt from head to toe. Abandoning my half-made sandwich, I got him into the bath, and I broke down crying. I was supposed to be prepping for a church board meeting, doing the bulletin insert, updating my blog and writing my sermon, and instead I was scrubbing dirt out of my child’s skin. Earlier that day, it had taken a while to calm him down because he had a runny nose. A runny nose will cause him to scream, and even bang his head at times, but dirt—he loves it.

The second time I cried was when we received the long-awaited phone call to schedule AJ’s dual surgical procedure. He is going to be put under to treat a cavity and do other dental care (It takes both my husband and I, holding him down, to brush his teeth.) and the audiology department at Children’s is going to do a test they can only do when he is under anesthesia.  We have needed to schedule the audiology appointment for a while, but I did not want to subject my son to anesthesia for one test, when we are fairly certain his hearing is all right, he just won’t participate in a standard hearing test. So we are going to have both procedures at the same time. The earliest we could get him in for the anesthesia, however, is near the end of November. The dental appointment that revealed the cavity was at the beginning of July. I couldn’t believe that they would put him off that long, but that was the earliest available appointment. I cried. I couldn’t believe they didn’t have anything available sooner, especially for a child with autism and a cavity, but I have to live with it.

After I calmed down from that call and just after I finished making notes for my board meeting that evening, my son started crying. Big time. He couldn’t stop. From what I could tell, it wasn’t his nose this time. I brought him his communication board, and he pointed to “eat.” Good, he wanted to eat, even though he’d had a snack a half-hour earlier. I gave him choices, and he pointed to “fruit,” so I gave him some grapes. He cried more and pushed the bowl of grapes away. I gave him back the board; he pointed to crackers. I gave him some crackers, the same snack that he had finished a half-hour before, but he threw his head back and started screaming, and then pushed the communication board at me. I put down the board and grabbed a cereal bar, which we call “cookies” in our house, and offered him a cookie. He pushed it away. I went to put the bar away and AJ started screaming—a full out meltdown. I brought back the cookie on a hunch and opened it, and he immediately stopped crying and screaming and began to eat.

I lost it. I cried and cried. I hate that I cannot understand my son. I am so frustrated that a child who has known his alphabet since he was twenty months old, knows numbers and shapes and even tries to read, cannot understand communication and cannot tell me what he needs. I am so frustrated that at age five I am still changing his diapers and wiping his bottom and telling him to keep his hands out of his pants all the time because I’m afraid it will come back up with poop and it will be everywhere.  This has happened, more than once.

I serve in a part-time ministry position with no reliable childcare and am the primary parent home with AJ during the week.  This means that I cannot often go visit my church members on a regular basis.  It means I cannot sit in the office for more than an hour at a time to work.  It means I am often working with a DVD soundtrack on in the background or trying to keep an eye on him outside (in the beginning of the summer, working outside went well—I worked on the deck and could keep an eye on him—but now he just comes and gets me every few minutes to eat something or to go with him inside).  It means people come by the church office and always seem surprised to see me at home instead of the office and then make the assumption that I am not working.

I feel stressed out. All the time. I feel like I never give my best to the church and that I’ve failed as a mom to give my attention to him.

And then I realize that this day that I’ve just described is just one day, one bad day out of so many good days.  What will I remember most from that day? Probably not that I was frustrated and cried, or that AJ was frustrated and crying.  I won’t remember that I got organized for another church board meeting, or that I wrote a blog entry, or read theology, or finished a project, or cleaned the kitchen.  I will remember AJ running and laughing half naked.  I will remember that AJ had, overall, a very happy day, and that he used the word “Eat.”

Because in all that frustration and crying, I almost didn’t hear that not only did he point to the word, but he actually said it. “Eat.” He vocalized his need. And on that day, this was the most important thing that happened.

Mindi Welton-Mitchell is an American Baptist pastor in Burien, Washington and full-time mom to her 5-year-old son AJ who has autism. Mindi is married to a Disciples of Christ minister and together they are planting Open Gathering, a new church plant in Bellevue, WA geared towards including families that have children with special needs.

Photo courtesy of the author.

Review of Amy Fetterman and Teri Peterson’s “Who’s Got Time?...
Scroll to top